Status of Campaign: Project in Progress

Born from international support, Hope Hospital provides free medical treatment to all those who need it. We urgently need your help to support our work so we can continue to save lives. #SaveHopeHospital

for the community of

Hope Hospital for children provides a vital lifeline in Northern Syria. Set up through the extraordinary People’s Convoy campaign, after the previous hospital was bombed out of existence, Hope Hospital is a triumph of humanity. People came together believing in hope, solidarity and the ability of individuals to make a difference. And what a difference they made.

Hope is special. As the world’s first crowdfunded hospital built in conflict, it is also the only specialist children’s hospital in the area, offering a rare refuge for locals, returnees and internally displaced people. When faced with closure in 2018, the international community rallied and saved Hope Hospital from closure. Once again, people power saved Hope.

Hope Hospital is free for all patients, and must meet general running costs - exacerbated by the dangers and costs of working in conflict. Right now they are critically in need of funds and if they can't raise enough money to cover the hospital, Hope Hospital will have to close its doors. If you believe in the importance of Hope Hospital, you can support its future directly via the website of the IDA - the Independent Doctors Association that runs the hospital.

What Hope has achieved

Hope Hospital provides paediatric services supporting a community of 170,000, including the local community and a great number of internally displaced people. The hospital serves children under 18, and treats approximately 100 in-patients per month, as well as providing important consultations for approximately 3,723 outpatients.

Vital outpatient consultations to all children, offered 6 days a week, free of charge.

Education and coaching on good IYCF (Infant and Young Child Feeding) and hygiene practices to staff at the outpatient and inpatient facilities.

The need for support now

The conflict in Syria is now in its eighth year and has now become international with multiple countries and groups involved in warfare. Internationally supported airstrikes continuously bombard civilian areas destroying hospitals and schools, killing civilians and forcing thousands to flee for their lives.

In April this year the situation worsened as humanitarian corridors (de-militarised zones, or safe spaces) in the North West were subjected to shelling and violence causing 330,000 people to flee their homes. In addition, 25 health facilities were targeted, damaged by air strikes and shelling. Ambulances have also been targeted and destroyed claiming the lives of NGO Health workers. Hope Hospital is in Jarabulus, one of the areas receiving huge new waves of displaced people. Many require urgent healthcare and support having travelled long distances and are living in undignified, squalid shelter conditions. Vulnerable pregnant women and young children are among those arriving in great need of care and support.

The Doctors and Nurses at Hope Hospital are relentless in their dedication to providing medical services to all in need, despite the many dangers and difficulties they face.

With your support Hope Hospital can continue providing its services amidst rising and critically urgent needs. A contribution will support with medicines, medical supplies and equipment, therapeutic foods and hospital maintenance essential for keeping the power on so that life saving surgery can be carried out. They will also support staff salaries which is critical given the lessening number of clinicians remaining in Syria and choosing to work amidst knowledge of targeted health facility attacks.

The Independent Doctors Association who run Hope Hospital are an international independent non-governmental organization providing medical and humanitarian assistance to people affected by conflicts, natural disasters and epidemics regardless of race, religion, gender or political affiliation. The IDA was founded in 2012 by Syrian doctors from Aleppo in response to the healthcare and humanitarian crisis in Syria. They now have 343 employees including 90 doctors and 177 nurses who work to provide free lifesaving support to people affected by conflict. You can find out more about them and support their work directly on their website. 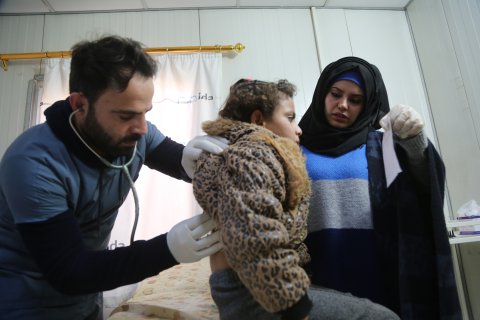 Due to your continuous donations we're able to provide services that saved vulnerable women and children's lives, Many of refugee families from North\West Syria flied to the area of "Hope Hospital" what examining our capability to provide them with health care, We'll never stop, would you? 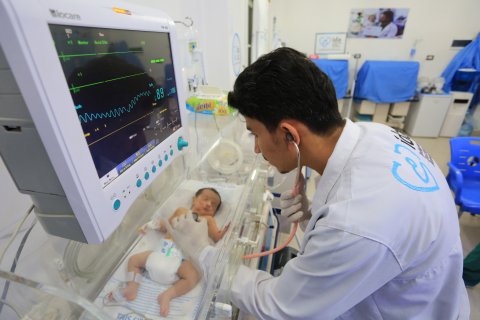 Yeah! We passed the halfway, Many thanks.

Your donation helped Hope hospital a lot in saving many lives beside hopes, since the campaign started vulnerable women and children got a great benefits through your financial support. During 2019, More than 50K as direct beneficiaries and more than 168K as an indirect beneficiaries. We keep looking forward to your worth involvement in such a human synergy.

We've just reach the first five donations. Can we count with your help?

Wishing you every success in your wonderful work in such difficult circumstances.

Due to your continuous donations we're able to provide services that saved vulnerable women and children's lives, Many of refugee families from North\West Syria flied to the area of "Hope Hospital" what examining our capability to provide them with health care,
We'll never stop, would you?

Your work is truly wonderful and inspiring in catastrophic conditions, we admire, respect and thank you for all that you do.

Because the money will go straight to a particular cause 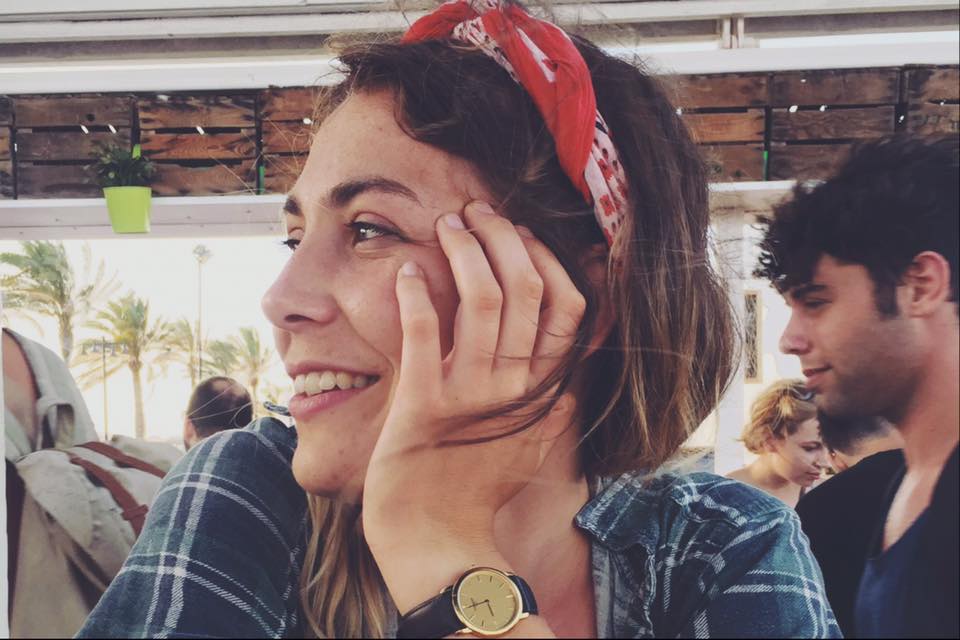 Your donation helped Hope hospital a lot in saving many lives beside hopes, since the campaign started vulnerable women and children got a great benefits through your financial support. During 2019, More than 50K as direct beneficiaries and more than 168K as an indirect beneficiaries.
We keep looking forward to your worth involvement in such a human synergy.

Peace, love and respect to the team!

30 CanDoers from 5 countries
are supporting this campaign

Meet a few of the CanDoers that are making a difference

know more about The community supporting this campaign